Journey along with self-employed artists, Richard and Linda Hamilton, peek into their lives... full of the daily challenges and drama of owning and operating Texas Trash and Treasures!

Owning and operating your own business is a never -ending circle of challenge and responsibility! Overwhelming would be an understatement. That must be why Richard and I do alot of silly stuff!! To stay SANE!! To offset the "big people stuff" we are required to do, day in, day out!! 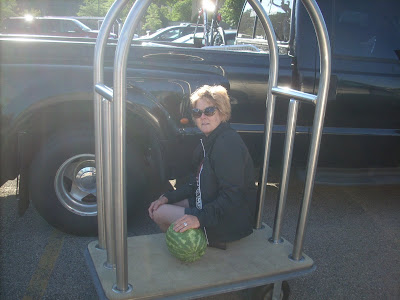 On a recent working vacation, we picked up a watermelon before leaving Texas, along with other goodies for the roadtrip, intending to eat it along the way. Let's just say it slid under some bags and disappeared. Out of sight, out of mind. Forgotton! It wasn't until we began to pack for the return that we noticed "watermelon Boy" on the floorboard in the backseat, where he had been hiding for almost a week!

We laughed and could not believe we still had this Texas watermelon! So we decided to bring him back home to Texas with us!! And how extra silly would it be to take his photo along the way!?

And so we did just that, laughing hysterically as we would stop, unload the melon, as onlookers would frown, we just laughed and snapped the camera!! Then we would view the pic we had just taken and laugh some more!!

Our return trip home took us a different route because we had to pick up some tin in Kentucky, so here is Watermelon Boy in Illinois... 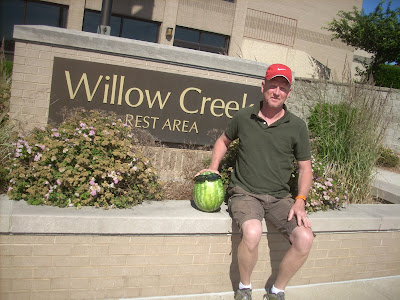 Indiana, Kentucky, Tennessee, Arkansas, Oklahoma and Back in Texas again!! 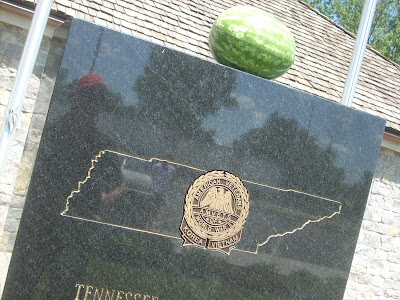 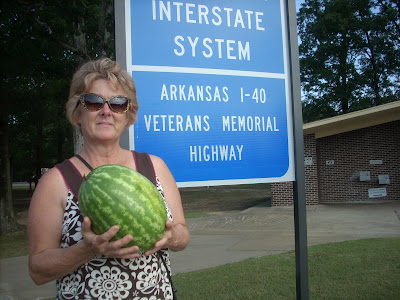 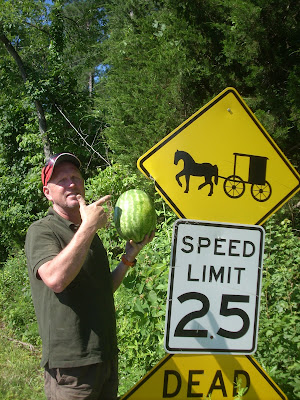 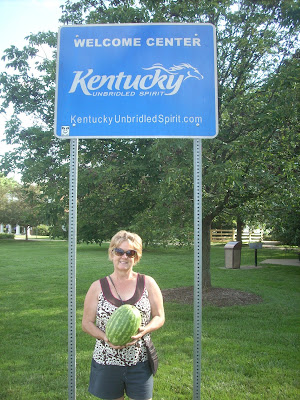 In the end, Watermelon Boy rolled off the kitchen counter and busted, right in time for our dessert!! Proof that it doesn't take much for Richard and I to have a great time!! 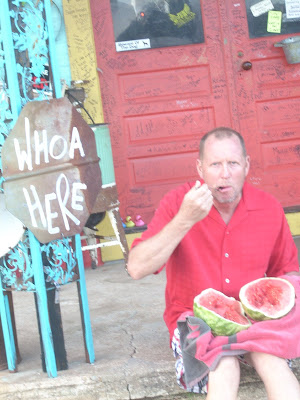 Come visit our store midway between Houston and Austin on Hwy 290 in Carmine, TX